Injecting US$800m to stabilise cedi an exercise in futility – Economist 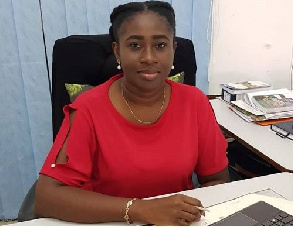 Once again, the Bank of Ghana (BoG) has signalled that it will inject a whopping US$800million into the system to shore-up one of the fastest depreciating currencies in the world — the cedi.

Historically, though, this approach has proved to be a mere cosmetic exercise.

In July 2015, under the leadership of Dr. Kofi Wampah, the central bank pumped in some US$20million daily to stabilise the cedi when it was depreciating as fast as it is doing today.

The result? The cedi appreciated about 24 percent in just two weeks against the US dollar – but returned to its ‘flight mode’ afterward, confirming it was just a temporary, unsustainable measure.

The BoG today, under the leadership of Dr. Ernest Addison, is still contemplating use of the same cosmetic approach that has proved to be unsustainable in checking the cedi’s perennial slide – which has reached GH¢5.50 against a dollar.

The BoG knows for sure that this approach is just a knee-jerk reaction to a big problem that needs long-term measures to permanently control it. In fact, the central bank’s own research has shown that the cedi will continue to depreciate throughout the year due to some external factors that the country has no control over. So, injecting the US$800million will be a temporary measure that in the long-run will be an exercise in futility.

This position is supported by some economists who argue that until fundamentals of the economy are strong, no amount of short-term measures will heal the cedi’s ill-health.

An economist at the University of Ghana, Dr. Priscilla Twumasi, told the B&FT that: “…until we get the fundamentals of the economy right to generate foreign income, the pressure will always be there”.

She added that the most effective measure to permanently address this problem is to work at being a productive economy that exports more than it imports.

“The emphasis should be on how we are expanding our export base. Are we adding value to our domestic produce so that we produce domestic substitutes for goods that are imported? But so far as we don’t tackle those critical issues, they will continue to be cyclical; today the pressure comes and we ease it. But the bottom line is that the dollar is not for us, and the central bank does not have unlimited reserves. Whatever it is, the BoG will run out of reserves – and when that happens, you will have to allow your currency to depreciate,” she said.

Another economist, Professor John Gatsi-Head of Finance at the University of Cape Coast, expressed some doubt about the US$800m’s ability to temporarily bring respite to the local currency, considering the factors which have contributed to its slide.

“Then we have also come to a point where the foreign currency is not only a medium of exchange in terms of international trade, but also an investment asset of people. So, the demand factors have become multiplied; and the ability of that US$800million depends on the strength of those demand factors,” he said.

He also expressed concern that the continuous practice of injecting foreign currency will further deplete the country’s foreign reserves – a situation he says will make the economy vulnerable.

“While we utilise this short-term measure and we do not put in place the measures necessary to shore-up naturally through international trade transactions that increase foreign currency supply and reduce demand for foreign currency in the country, it doesn’t matter the number of times you inject foreign currency into the economy: it will reduce your reserves, and when they are reduced to a certain point it makes the country vulnerable.

“So, I don’t think that the purpose [of the US$800m] is to solve the depreciation problem, but rather to bring about short-term respite for the currency,” he said.