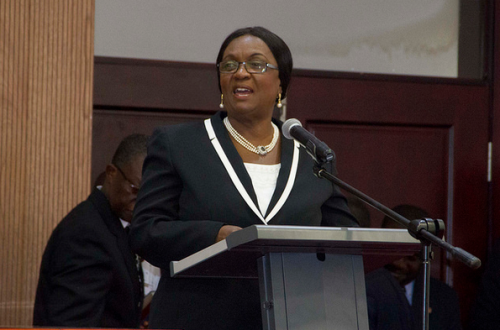 The proliferation of law schools without adherence to requisite standards is a threat to legal education and the country’s democracy, the Chief Justice (CJ), Mrs Justice Georgina Theodora Wood, has said.

“Some of these schools essentially do not have full-time faculties, are lacking in library facilities and simply do not have the wherewithal to run a good law programme,’’ the CJ stated during a ceremony in Accra yesterday at which 46 new lawyers were called to the Bar.

The newly qualified lawyers were taken through the legal undertaking by Mrs Justice Wood, who was presiding over her last lawyers’ enrolment ceremony as the CJ.

Currently, there are 12 institutions in the country that offer Bachelor of Law (LLB) programme, with the Ghana School of Law being the sole institute that offers a professional law programme.

The General Legal Council (GLC), the body mandated to regulate and oversee legal education in the country, in collaboration with the National Accreditation Board (NAB), has, however, commenced a process of evaluation and accreditation of faculties of law in the country.

The GLC, in a post on its website, indicated that the names of duly accredited schools in the country would be made public after the process. Mrs Justice Wood said although the establishment of more law schools was commendable, it must be accompanied by better facilities and well-trained lecturers to ensure effective legal training.

“What this country needs are good lawyers, not just lawyers, for the sake of their production,’’ she added. She attributed the proliferation of law schools in the country to economic consideration, adding that “the general thinking is that setting up and running a law school has become an economic proposition and entrepreneurs have seen in it an investment opportunity.”

On how best to curtail the practice and ensure that law schools implemented requisite standards, Mrs Justice Wood mentioned that the GLC was working on a number of reforms such as the establishment of an independent examination board to ensure that legal examination met international standards.

She also said, the GLC would engage in discussion with the relevant stakeholders to devise effective reforms for legal education in the country. She, however, indicated that any such reforms would conform to international standards and best practices.

“We are encouraged by the rather high level of interest shown by the public in law as a course of study and profession. But the interest must be matched by standards, and we are determined to ensure that standards are met and held,’’ the CJ said.

Advising the newly qualified lawyers, Mrs Justice Wood said legal practitioners must eschew all forms of vices such as greed, corruption and fraud. “You are graduating at a time in our legal history when, more than ever, the perception of the public on the profession is somewhat negative,’’ she said.