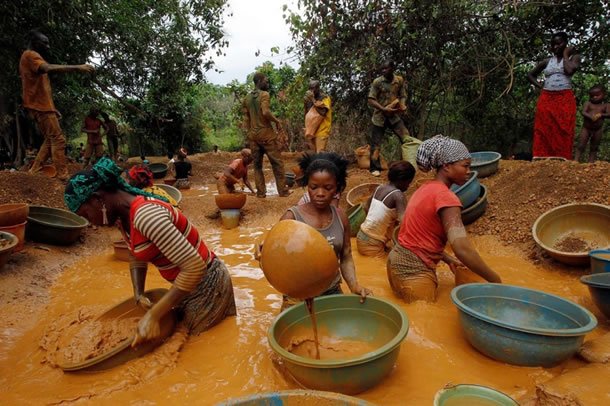 Government has heightened the fight against illegal mining by summoning mining companies that are still engaged in the act after the expiration of the 12-day ultimatum.

Okobeng Mining Company has become the first of such companies to be summoned to the Ministry of Lands and Natural Resources because the firm has been mining gold in the Nzema East constituency without a full operational licence.

The firm has been operating with a prospecting licence it received about three months ago.

Okobeng Mining Company has also been operating close to the Ankobra River — about 30 meters from the river.
Miners are required to operate at least 100 metres from a major water body.

The Minister of Lands and Natural Resources, John Peter Amewu, says managers of the company will face the law at all cost and has asked them to voluntarily report to his ministry.

Speaking to journalists on Sunday when he led an anti-galamsey task force to clamp down on illegal mining activities in the Western Region, he said his ministry is committed to rooting out the illegal mining menace.

Commenting on Okobeng Mining Company, Mr Amewu said the seriousness of the mining firm’s case is that they are “not even expected to do what [they] is doing. [They] has just been given prospecting licence.”

The Minister also directed all seized excavators used for the illegal mining activities to be moved to Accra within 30 days.

Meanwhile, the Minister has also asked all District Mining Officers across the country to proceed on leave with immediate effect for negligence.

The nine officers who were in charge of monitoring mining activities in each of the nine mining zones are being blamed for allowing illegal miners to take over their designated territories.