Property Distribution At Divorce In Ghana: The Wife Factor And The Principle of Equality is Equity. 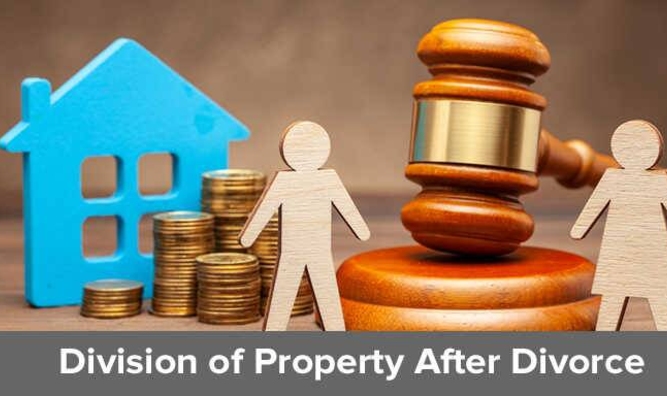 Previously, after divorce in Ghanaian society, the wives had no entitlement and had to succumb to the principle that divorced women had no share in the property whether they contributed to its development or not.

The position at customary law was succinctly stated by Ollenu J. (as he then was) in Quartey v. Martey & Anor (1959) GLR 378 as follows, “that by customary law it is the duty of a man’s wife and children to assist him in the carrying out of the duties of his station in life. The proceeds of that joint effort, and any property which the man acquires with such proceeds, are by customary law the individual property of the man, not the joint property of all”.

However, the customary law position soon proved to be inadequate in doing justice to parties to the marriage whose joint efforts contributed to the acquisition of a property (s). In doing substantial justice to all persons who appear before them, the courts, as an embodiment of justice, developed the substantial contribution principle through judicial pronouncement. Through judicial activism, the courts afforded wives an opportunity to have a share in properties acquired during the subsistence of the marriage, especially properties to which they contributed.

Thus, in the case of Yeboah v. Yeboah (1974) 2 GLR 115, Hayfron-Benjamin J. (as he then was) elucidated the principle of substantial contribution and held as follows: “although customary law did not encourage joint ownership between persons who were not connected by blood, there was, however, no positive rule of customary law which prohibited the creation of joint interest in property between a person not connected by blood. There was clear evidence that the parties intended to hold the property as joint tenants. The law would give effect to such an intention. Since, in this case, the parties were married under Marriage Ordinance, the law governing their relationship was not exclusively customary law, English legal concepts could not be completely excluded in the determination of this case.  The wife was the joint owner of the house with the husband because judging from all the factors attending the acquisition of the house and the conduct of the parties subsequent to the acquisition, it was clear that they intended to own jointly the matrimonial home. Where the matrimonial home was held to be jointly owned by the husband and wife as joint owners, it would be improper to treat the property as a subject of a mathematical division of the supposed value of the house. What the court could do in such a case was to make what would seem to be a fair agreement of the parties. In the circumstances, therefore, the wife would be held to be entitled to an equal share in the house as the husband”.

In a similar vein, the case of Abebrese v. Kaah (1976) 2 GLR 48 took a similar position. Finally, in the case of Anang v. Tagoe (1989-1990), 2 GLR 8 Brobbey J. (as he then was) made a profound statement when he held as follows: “where a wife made contributions towards the requirements of a matrimonial home in the belief the contribution was to assist in the joint acquisition of property, the court of equity would take steps to ensure that belief materialized. That will prevent husbands from unjustly enriching themselves at the expense of the innocent lives, particularly where there was evidence of some agreement for the joint acquisition of property”.

Not long after, the court sought to do substantial justice. In so doing, the court integrated the jurisprudence of equality is equity principle on property distribution after the dissolution of the marriage. The jurisprudence of equality has been defined as the application of international human rights treaties and laws to national and local domestic cases to effectuate substantial justice and avoid discrimination. The Jurisprudence of equality situates well within the confines of the 1992 Constitution of the Republic of Ghana, especially on the devolution of property to spouses after divorce. Consequently, it was unconstitutional for the courts in Ghana to discriminate against women, mainly whenever issues pertaining to the distribution of property acquired during marriage came up during the divorce. There should be sharing of property on an equal basis in all appropriate cases, except in cases where the application of such a principle shall lead to unintended consequences.

Thus, in Quartson v. Quartson (2010-2012) 2 GLR 482, Justices of the Supreme Court of Ghana (ATUGUBA, ANSAH, R C OWUSU, ANIN YEBOAH AND GBADEGBE JJSC) unanimously held by making the following profound statement, “that the position of the law previously was that, where a spouse made a substantial financial contribution to the acquisition of the property pursuant to an agreement or inferred intention by the couple that the property acquired should be owned jointly, the court would hold the property to be jointly owned and would not deny one spouse ownership of the property over the other. What amounted to substantial contribution by a spouse was usually gleaned from the facts of each case, and the courts, in their discretion, determined in which proportion the joint property would be shared. That was without prejudice to the fact that there might not have been any hard evidence of the exact amount of financial contribution made or in which mathematical proportions the contributions were made. However, the Supreme Court subsequently held the “equality is equity” principle which enjoyed constitutional backing from Article 22 (3) of the 1992 Constitution, to be the preferred principle to be applied in the sharing of the joint property. It was therefore evident that the framers of the Constitution, 1992 intended that there should be no discrimination particularly against women, in the sharing of joint property”.

Also, in a similar situation, the Supreme Court in the case Gladys Mensah v. Stephen Mensah (2012) 1 SCGLR 393 unanimously held that “it was quite clear that the provisions in article 22 (3) (a) and (b) of the 1992 Constitution had espoused the principle of having equal access to property jointly acquired during the marriage and that of equitable distribution of such property upon divorce”.

However, in seeking to do justice, the Courts had held that the decision in Gladys Mensah v. Stephen Mensah (2012) 1 SCGLR 391 should not be taken as a blanket ruling that afforded spouses unwarranted access to the property when it was clear on the evidence that they were not so entitled.

The pronouncement above affords the courts with the discretion to look at the issues on a case-by-case basis in doing substantial justice to the parties upon divorce. However, such a discretion, if not correctly exercise, shall lead to injustice. The presumption, therefore, is that once proven, properties acquired during marriage shall be subjected to the preferred principle- equality is equity unless it can be demonstrated in equal force a supervening circumstance militating against the application of the preferred principle.

In conclusion, parties to the marriage can agree in advance on property settlement before initiating the divorce proceedings. However, in a contentious divorce proceeding, where the distribution of the acquired properties becomes a significant factor, the courts shall regard equality as an equity principle. The principle of equality is equity is the preferred principle to be applied in distributing properties after divorce. It has support in both substantive law and case law. Be it as it may be, any case concerning property settlement after divorce in Ghana will be heard with this guiding principle in mind. The courts still retain their discretionary powers in considering matters before them on case by case basis.