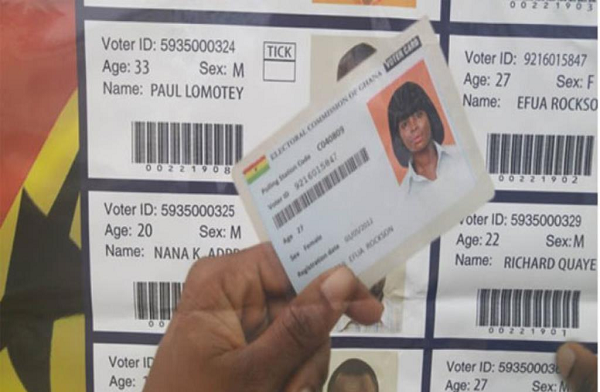 The Supreme Court has ordered the Electoral Commission (EC ) to provide the legal basis of why it decided to refuse to accept the existing voters’ identification card as a form of identification in the upcoming mass voters registration exercise.

A seven-member panel of the Supreme Court presided over by the Chief Justice, Justice Anin Yeboah, gave the order Thursday, June 4, during the hearing of a suit by the opposition National Democratic Congress (NDC) challenging the upcoming compilation of new voters register by the EC.

Graphic Online’s court reporter, Emmanuel Ebo Hawkson, who was in court Thursday morning, reported that, per the orders of the court, the EC must provide a legal basis by Monday, June 8, 2020.

Apart from the Chief Justice, the other members on the panel that will decide the case are Justices Jones Dotse, Paul Baffoe Bonnie, Sule Gbagegbe, Samuel K Marful-Sau, Nene Amegatcher, and Professor Ashie Kotey.

The NDC invoked the original jurisdiction of the Supreme Court to interpret the constitution with a case that it was unconstitutional for the EC to reject an existing voters ID as a prerequisite for the upcoming voter registration exercise.

It is the contention of the NDC that it is unconstitutional for the EC to reject an existing voter ID as it will disenfranchise many Ghanaians which, is a violation of Article 42 of the 1992 Constitution.

The NDC further argues that per Article 45 of the 1992 Constitution, the EC can only compile a voter registration once and periodically revise it.

More on this soon.