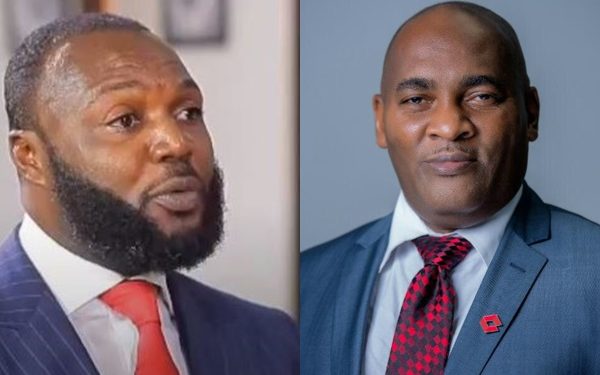 The state has dragged the former Chief Executive Officer and Managing Director of defunct Capital Bank, Ato Essien and Fitzgerald Odonkor and two others to court over the collapse of the bank.

The state levelled 26 different counts of charges against the four which included Kate Quartey-Papafio and Tetteh Nettey.

“William Ato Essien and Tetteh Nettey between October and November 2015 in Accra in the Greater Accra Region agreed to act together with a common purpose to steal the sum of GHc100,000,000,” the writ sighted by citinewsroom.com stated.

On the money laundering charge, the writ stated that: “William Ato Essien and Kate Quartey-Papafio between June and August 2017 in Accra in the Greater Accra Region disguised the sum of GHc70,000,000 knowing it to be proceeds of crime.”

The Attorney General had recently announced that 50 directors and owners of collapsed banks will soon be prosecuted.

Receivers for the banks had also begun legal proceedings against them for their roles in the collapse of the banks.Capital Bank was found to be owing GHc468 million, which was said to have arisen due to negligence from the Board.

Capital Bank was part of the nine banks that collapsed over a 12 month period starting in August 2017.The other banks were UT, which was taken over by the state-owned GCB Bank along with Capital Bank, Beige Bank, Sovereign Bank, Construction Bank, uniBank, and Royal Bank, all of which were consolidated into the Consolidated Bank of Ghana.

The decision to collapse all the banks was primarily because they had all become highly insolvent as a result of various reasons including poor corporate governance decisions.

The crisis saw the deposits of some 1.5 million Ghanaians affected though the government stepped in to safeguard their monies.

Protecting the depositors has so far cost the state GHc 9.9 billion, according to the Finance Minister.