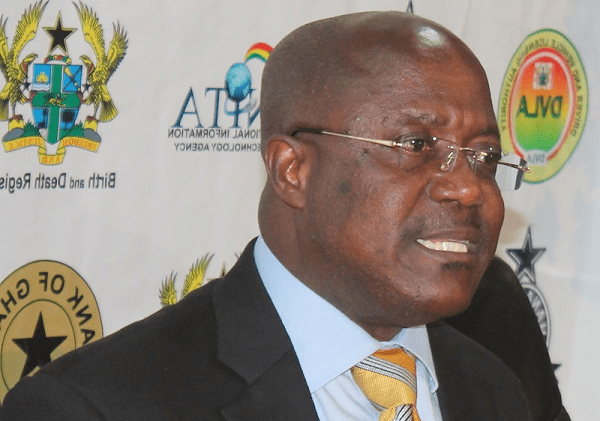 A legal practitioner, Mr Francis Kwarteng Arthur, has filed an application challenging the refusal of officials of the National Identification Authority (NIA) to register him for a Ghana Card due to his inability to produce a digital address.

Counsel had sometime in July 2018 attempted to register but was turned away because he did not have a digital address.

He has, accordingly, filed an application at the Human Rights Division of the High Court for the enforcement of his fundamental human rights.

Mr Arthur is praying the court to declare that his right to administrative justice and to equality or non-discrimination, have been, are being or are likely to be violated by the NIA and the second respondent, the Attorney-General.

He is also seeking an order of prohibition restraining the respondents from further interfering with or violating his rights.

Again, he wants the court to grant an order of mandamus compelling the NIA and its agents to register him without a digital address.

On or before July 2018, the NIA announced through the GBA that it had commenced the registration process for the members of the Ghana Bar Association (GBA) in Accra.

The applicant, a member of the GBA, upon the announcement, went to subject himself to the NIA’s registration processes with the ultimate aim of obtaining a card.

According to the applicant, at the registration workstation in Accra, the officials of the NIA, purporting to be acting in accordance with the law, requested his digital address code.

He said he could not provide the officials with the digital address code, resulting in the officials refusing to register him for the issue of a card.

All attempts by the applicant to get the officials of the NIA to enter his particulars onto the register and issue him with a card proved futile, the statement of case noted.

The applicant, who is representing himself in court, filed the application for the enforcement of his fundamental human rights based on the rejection.

According to the applicant, his right to administrative justice had been subjected to illegality, misapprehension of law, unreasonableness and discrimination.

“My Lord may take judicial notice of the public discussion that welcomed the launching of the “digital address code” system in 2017.

Nonetheless, our research on the “digital address code” reveals the following: it is powered by a mobile phone software application known as the GhanaPostGPS.

The applicant is arguing that for one to get a digital address, three things namely: A smart phone; a good internet access and the skill and ability to use the GhanaPostGPS smart phone application must be employed.

“If the state has any way of helping people to generate their digital address codes, it has not yet made that way accessible to Ghanaians.

Therefore, individuals are burdened with the duty of generating their own “digital address codes” as it stands,” the statement of case argued.

The applicant is arguing that the requirement, as it stood, had to be in a certain social or economic class.

“Considered from this perspective, it becomes quite imperative that if the respondents are allowed to continue using the digital address code as an eligibility criterion for registering persons for the card, an overwhelming number of citizens will be denied access to the card.