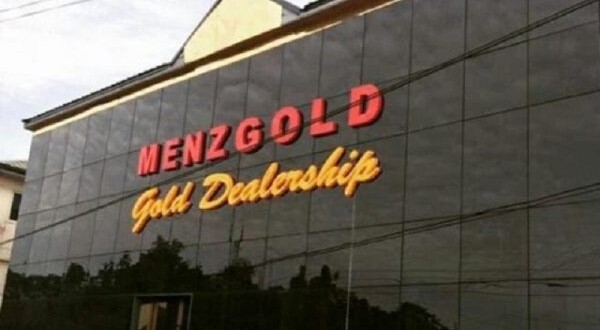 A group calling itself aggrieved traders of gold dealership company, Menzgold has given the company a four-week ultimatum to pay 50% principal investments of all customers.

The group made this known at a press conference to drum home their demands following the refusal of the company to honor contract obligations of paying them their investment returns.

The press conference was in response to several statements from Menzgold since the impasse between the gold dealership company and the SEC began.

The company has recently hinted of its plan to make payment of the principal investment of all customers within three months. ,

General Secretary of the aggrieved customers of Menzgold, Kenneth Nimoh gave a four-week ultimatum for the company to provide 50% of the principal investment of customers.

“We do not subscribe to the prolonged period of 90 days stated in Menzgold communication as the company has not adhered to timelines in the past periods. We are even more concerned that this is nothing more than the time-bound strategy as the company in these past few weeks has rebranded its official vehicles, laid off staff, and it is likely to vacate their offices in the coming weeks.

“We recognize the difficulty Menzgold faces should it attempt to pay all customers at a go. Members of aggrieved traders of Menzgold are therefore giving them four weeks per their stipulated time to pay 50% of the total value of gold traded to customers and pay the rest of the remaining amount when the 90 days are due.”

The customers also disagreed with the company’s decision to make the payment via their accounts.

“They have promised us that we should go to our various branches and right from day one nothing has been done about it. If they say we should go and they will send money into our accounts, we not believe that it will happen,” an aggrieved customer said.

Menzgold has not been able to pay matured returns to its investors since the Security and Exchanges Commission (SEC) ordered it to suspend its gold trading operations to the public.

The company in an attempt to call the bluff of SEC came up with a payment schedule to pay its clients, but the said payments have been postponed for three consecutive times.

The delayed payments continue to stir up anger among Menzgold customers, as they have vowed to use every means possible to retrieve their investments.

Menzgold had earlier indicated in a statement that customers who wish to terminate their investment transaction with the company will receive a full payment of their investment in 90 days if the ongoing misunderstanding with statutory institutions is resolved.

“Should Menzgold succeed in reaching an amicable resolution with the authorities, customers wishing to continue trading with Menzgold are free to exercise the option of continuing to trade with us. Similarly, customers wishing to terminate their business with Menzgold are free to do so and should be rest assured of their full payment in 90-days as stipulated…” the statement said.