Grounds For Divorce In Ghana: The Basics 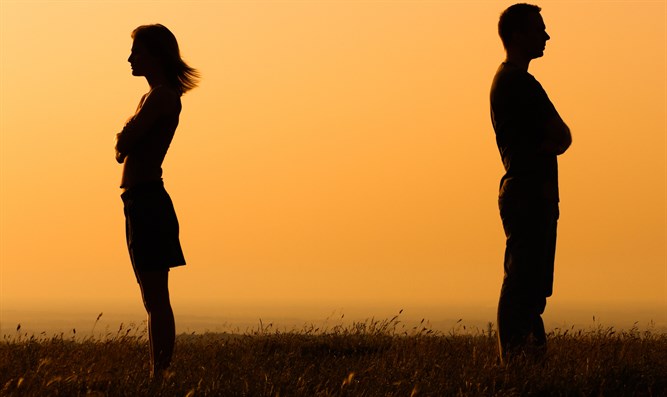 The Matrimonial Causes Act, 1971 (Act 367), governs the current law on divorce in Ghana. The law provides that a petition for divorce may be presented to the Court by either party to a marriage. However, the Petitioner of the divorce, i.e. the person who starts the proceedings must be able to provide evidence to the effect that the marriage has broken down beyond reconciliation. This is the sole ground for divorce. That notwithstanding this sole ground must be evidenced by proof of one of the following:

Adultery may be defined as sexual intercourse between two persons of whom one or both are married but who are not married to each other. It is important to note that if you are the Petitioner, you cannot rely on your adultery. For Adultery to be proven, there must be at least partial penetration.

Under Act 367, adultery is defined as the voluntary sexual intercourse of a married person with a person of the opposite sex other than his or her spouse.

Further, a petitioner must satisfy the Court that he/she finds it intolerable to live with the Respondent. This is, however, a subjective test and depends on the view of the Petitioner, which the Court will ascertain and come to a conclusion. Section 3 of Act 367 provides that to rely on this fact, a couple should not have lived together for more than six months after one becomes aware of the adultery, if the couple lives together for more than six months after the occurrence of adultery on the part of one of them, this ground cannot be relied upon.

It is interesting to note that, on a petition for divorce in which adultery is alleged, the person alleged to have committed adultery with the party to the marriage may be made a party to the proceedings.

Section 4 of Act 367 provides that for the purposes of section 2(1) (b), in determining whether a petitioner cannot reasonably be expected to live with the Respondent, the Court shall disregard any period or periods not exceeding six months in the aggregate during which the parties to the marriage lived with each other as husband and wife after the date of the occurrence of the last incident relied on by the Petitioner and proved to the Court in support of an allegation.

This is the most commonly relied upon fact for divorce. Case law provides that “unreasonable behaviour” can take the form of either an act or omission and can include severe issues of physical/emotional violence or more mild incidents.

The conduct complained of must be severe and higher than the ordinary wear and tear of marriage life.

“… the Respondent has deserted the Petitioner for a continuous period of at least two years immediately preceding the presentation of the petition”.

The physical act of departure by one spouse does not necessarily make that spouse the deserting party. The Petitioner must satisfy the Court that the Respondent has deserted the marriage and there is no intention to return

Desertion must exist for at least two years immediately preceding the presentation of the Petition to qualify as a ground for divorce.

“… the parties to the marriage have not lived as husband and wife for a continuous period of at least two years immediately preceding the presentation of the petition and the respondent consents to the grant of a decree of divorce, provided that the consent shall not be unreasonably withheld, and where the Court is satisfied that it has been so withheld, the Court may grant a petition for divorce under this paragraph despite the refusal”.

Consent is necessary to rely upon this fact. The Court must satisfy itself that consent to divorce has been given by the Respondent only after the Respondent has understood the consequences of his or her consent.

“… the parties to the marriage have not lived as husband and wife for a continuous period of at least five years immediately preceding the presentation of the petition”.

Consent is not needed to rely on this fact. Section 7 of Act 367 provides that, for the purposes of section 2 (1) (d) and (i) in determining whether the period for which the parties to a marriage have not lived as man and wife has been continuous, the Court shall disregard any period or periods not exceeding six months in the aggregate during which the parties resumed living as man and wife.

The Petitioner must demonstrate aside enlisting any of the grounds as mentioned above for the dissolution of the marriage that the parties to the union after diligent effort have been unable to reconcile their differences.

Although the Court may find one or more of the facts required to be established for the dissolution of the marriage, the Court shall not grant a petition for divorce unless it is satisfied, on all the evidence, that the marriage has broken down beyond reconciliation.

Section 1(i) of Act 367 states the ground for the commencement of divorce proceedings. A petition for divorce may be presented to the Court by either party to a marriage. However, for the avoidance of doubt, Court means the High Court or the Circuit Court (section 43 of Act 367 subject to the Chief Justice’s power to transfer action under section 40 of Act 367.

The divorce petition is the document that starts divorce proceedings. This document informs both the Respondent and the Court on the legal basis on which the Petitioner is pursuing a divorce.

The Petitioner files a petition at either the High Court or Circuit Court, and then the Registrar will cause the Petition filed to be served on the Respondent through the Court bailiff. To issue a petition, it must be sent to the Court in triplicate.

A petition for the dissolution of marriage cannot be presented to the Court by the Petitioner within two years from the date of the marriage. That means that a party to a marriage that is less than two years cannot commence a divorce proceeding, notwithstanding the existence of any of the facts necessitating divorce under the Act. (section 9 of Act 367)

There is, however, a proviso to the restriction on petitioning for a divorce.  The Court may on application allow the presentation of a petition for divorce within two years from the date of the marriage on the ground of substantial hardship suffered by the Petitioner or depravity on the part of the Respondent.

Mr David Yaw Danquah is the founder and Managing Partner of Legalstone Solicitors LLP, a boutique law firm in Ghana with a concentration on Corporate and Commercial, Mining and Infrastructure, Debt Recovery and Restructuring, Real Estate and Construction Law, and Commercial Arbitration.

He heads the firm’s practice areas of focusing are Corporate and Commercial, Mining and Infrastructure, Debt Recovery and Restructuring, and Commercial Arbitration.

David has advised on numerous investment and mining-related transactions. He also has assisted countless international entities in establishing their operations in Ghana, and through his firms, offers support services to those entities. He has an impeccable record of providing technical savvy and exceptional client services.

David is a graduate of Kwame Nkrumah University of Science and Technology (KNUST), Kumasi, where he received his Bachelor’s Degree in Law (LL. B) and the Ghana School of Law, where he studied and received a Post Graduate Qualifying Certificate in Law (PQCL). He holds a Certificate in Negotiation Mastery from Harvard University. Presently, he is pursuing an LL.M Degree in International Dispute Resolution at the prestigious Queen Mary University of London, United Kingdom.

David is a member of the Ghana Bar Association, Association of International Petroleum Negotiators (AIPN) and Institute of Energy Law (IEL) based in Houston, U.S.