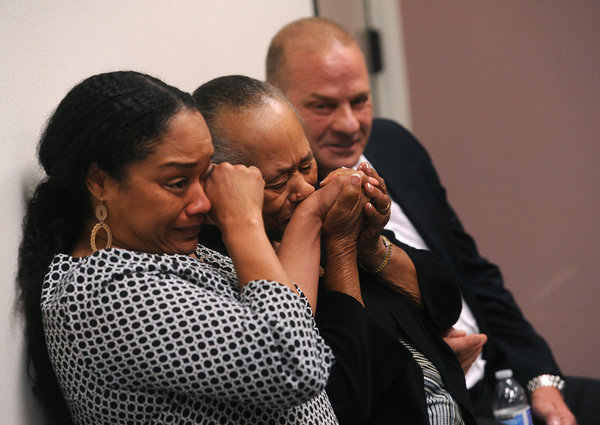 O. J. Simpson, the former football hero and actor whose good-guy image vanished when he was accused of murdering his ex-wife and her friend, will go free after serving nine years in a Nevada prison on charges stemming from an armed robbery, a state parole board ruled on Thursday.

Mr. Simpson, who turned 70 this month, went before the board as a man convicted of taking a group of accomplices, two of them armed with guns, to a cheap Las Vegas hotel room in 2007 to take hundreds of items from a sports memorabilia dealer. But it is the 1994 murders of Nicole Brown Simpson and Ronald Goldman, for which he was acquitted after the most-watched trial in history, that have cast the longer, darker shadow over his life and reputation.

After his conviction in 2008, a judge sentenced Mr. Simpson nine to 33 years in state prison, meaning that he becomes eligible for parole for the first time on Oct. 1. Based on his age and the fact that he has been a model prisoner, the Nevada Board of Parole Commissioners granted his release the first time it was considered, rather than denying parole and making him wait years for another chance.

What happened at the hearing

• Mr. Simpson, wearing a light blue denim shirt and looking considerably thinner than at a hearing in 2013, walked into the hearing just after 1 p.m. Eastern. As the chairwoman of the parole board, Connie Bisbee, read the charges he was convicted of, he heaved a sigh and grimaced.

• Under questioning by parole commissioners, Mr. Simpson stuck to a version of the robbery that, as the board member Tony Corda said, “differs a little from the official record.”

He insisted that the items he took from the memorabilia dealer, Bruce Fromong, whom he knew well, were his property. And he said he was not aware at the time that two of the men he took to the hotel room, whom he referred to as “security guys,” brandished guns.

He said he had never brandished a weapon at anyone, and never would, adding, “I basically have spent a conflict-free life.”

• Mr. Simpson’s daughter Arnelle Simpson testified to the board on behalf of his family. “We just want him to come home,” she said.

“My experience with him is that he’s like my best friend and my rock,” said Ms. Simpson, 48, who is the oldest of Mr. Simpson’s four children. “I know that he is remorseful, he is truly remorseful.”

Ms. Simpson and other members of his family live in California. Mr. Simpson lived most of his life in California, but in the years leading up to his conviction, he lived in Florida. 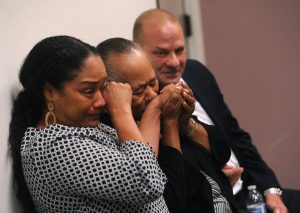 When Mr. Simpson leaves prison, will he be able to have a beer? He may not — parolees usually face numerous restrictions that do not apply to most people. Typically, they are required to appear for regular check-ins, submit to drug and alcohol tests, and cooperate with their parole officer, who can send violators back behind bars.

In Nevada, the standard conditions of parole require the parolee to get permission before moving, refrain from drinking alcohol or carrying a weapon of any kind, and seek and maintain a job. Parolees may not associate with anyone who has a criminal record.

A parole board official, David Smith, spoke at a news conference after the decision of release was announced. He cited Mr. Simpson’s positive record in prison, a minimal record of prior convictions, his participation in programs addressing the behavior that led to incarceration, and family support as factors in his release.

Background on his criminal and civil trials

Mr. Simpson’s felony convictions came 13 years to the day after a Los Angeles jury found him not guilty of murdering Ms. Simpson and Mr. Goldman after one of the longest and most-watched criminal cases in history.

In 1997, in a civil trial, another jury found that Mr. Simpson was responsible for their deaths, and awarded their families $33.5 million in damages; he has paid a tiny fraction of that amount.

The shadow of the murders

What makes Mr. Simpson’s case unique, of course, is that people watching it have a different case in mind, the 1994 double murder.

It did not help matters that the 2007 robbery occurred on the same day as the release of “If I Did It: Confessions of the Killer,” a book based on interviews Mr. Simpson gave, describing — in theory, hypothetically — how he could have carried out the murders.

One of his lawyers, Yale Galanter, has said that the charges filed against Mr. Simpson were excessive, and has suggested that the prosecutors and jurors were influenced by the earlier case. Though jurors were prohibited from considering any outside factors, “my biggest concern was whether or not the jury would be able to separate their very strong feelings about Mr. Simpson and judge him fairly and honestly,” Mr. Galanter said after the 2008 conviction.

The Clark County district attorney at the time, David J. Roger, and members of the jury have insisted that their actions were no more than a reflection of the crimes Mr. Simpson committed in that Las Vegas hotel.

After years of slowly fading into obscurity, Mr. Simpson was shoved back into the spotlight last year by two high-profile television projects. ESPN’s “O. J.: Made in America,” a multipart, nearly eight-hour documentary that won an Academy Award, spanned his life story: poor child in San Francisco, sports star in college and the N.F.L., charming pitchman and actor, abusive husband, California defendant and, finally, Nevada convict.